The Benefits of Blockchain Across Industries 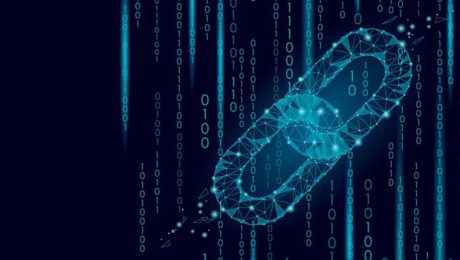 Companies usually keep digital information secure by building a wall around data. Unfortunately, this means data is vulnerable to people who can find an access point and get inside the walls—including rogue administrators who have full access to data.

Transactions and data that use blockchain technology, however, do not allow changes to data once it is written unless all or a majority of participating computers agree to the change. This is a significant departure from the traditional “wall,” and decreases the possibility of backdoor transactions to nearly zero—which makes blockchain invaluable for organizations in any industry trying to safeguard their data.

Blockchain is an encrypted, distributed database shared across multiple computers or nodes that are part of a community or system. What makes it one of the most exciting technologies around is its ability to reduce the possibility of security breaches by even its own operators.

In a traditional implementation, a rogue administrator can potentially change historical transactions because of his or her access levels to the data. However, with a blockchain implementation across data centers, one would need a large number of teams working together across data centers to modify historical data—which greatly reduces the possibility of data tampering. The more widespread the environments, the more difficult it is to tinker with data.

The financial services industry is a pioneer in exploring the uses of blockchain technology for cryptocurrency transactions. Bitcoin uses blockchain as its underlying technology. Eleven banks of the R3 consortium have already connected on the centralized Ethereum-based blockchain network. The Estonian government has used blockchain-based technology (keyless signature infrastructure) to authenticate data in their databases since 2013.

Healthcare: Using digital signatures on blockchain-based data that allows access only when authorized by multiple people could regulate the availability and maintain the privacy of health records. In addition, a community of people, including hospitals, doctors, patients, and insurance companies, could be part of the overall blockchain, reducing fraud in healthcare payments.

Defense: Unauthorized access or modification of critical defense infrastructure, such as operating systems and network firmware, could seriously compromise national security. For most countries, defense infrastructure and computer systems are distributed across different locations. Blockchain technology distributed across multiple data centers can ensure security against attacks on important network and hardware equipment by ensuring consensus-based access for modification.

Government: Government departments that work in silos cause the exchange of information to be delayed, negatively impacting citizen services. Linking the data between the departments with blockchain ensures that data is released in real time, when both the departments and the citizen consent to sharing data. Blockchain technology could improve transparency and check corruption in governments worldwide.

Law: Blockchains can contain a huge amount of data, including entire contracts. The impact of “smart contracts”—protocols that facilitate or enforce contract performance using blockchain—will have a profound impact for industries. Smart contracts eliminate the middleman, such as a legal firm, as payment will happen based on certain milestones being met. By its very nature, the smart contract is easily enforceable electronically, creating a powerful escrow by taking it out of the control of a single party.

Energy: Microgeneration of electricity is becoming a huge trend in the power generation business. New energy initiatives such as home power generation and community solar power are filling in gaps of power supply across the world. As microgeneration adds to traditional power suppliers, it fosters creation of an energy market. Smart meters can register produced and consumed electricity in a blockchain, which allows for consumption of the surplus energy in a different location, providing credits or currency to the original producer. The credits can then be redeemed against the grid when the microgenerator needs additional electricity from the grid. The blockchain enforces these contracts in real time or near-real time, allowing for a utility market to be created with minimal red tape.

With such wide-ranging possibilities, there is no surprise that blockchain has the potential to enhance the quality of service delivery while improving confidentiality and integrity of data. With its promise of providing secure and transparent transactions, blockchain seems poised to be one of the digital world’s key pillars.

Welcome to WordPress. This is your first post. Edit or delete it, then start writing!